Who sold the most smartphones last quarter? What about tablets?

Reports from last quarter are in for the top mobile device manufacturers. 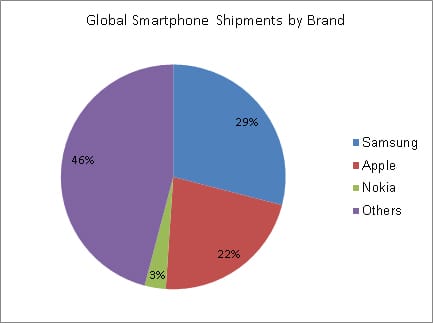 Smartphone Sales by Operating System
What about sales by operating system? How do these numbers look when we combine Android manufacturers? Apple and Android are the two main competitors, but Android is by far the leader. Windows has been picking up speed with the release of Windows 8, which may affect this trend slightly, though it would take quite a bit for Windows to ever catch up to iOS. Windows accounted for 2.5% of the market in 2012, and IDC predicts that will grow to 11.4% by 2016. 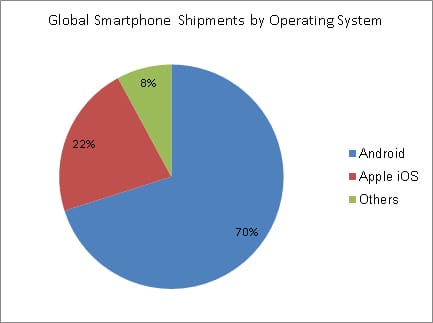 Tablet Sales by Brand
Samsung stole the show in the smartphone market with the help of their flagship devices, the Galaxy S III and Galaxy Note II, but what about for tablets? Apple takes the cake on this one. The iPad is still one of the most popular tablets worldwide. The release of the iPad Mini at the end of last year certainly didn’t hurt. According to IDC, Apple owns 43.6% of the global tablet market share, Samsung 15.1% and Amazon 11.5%. 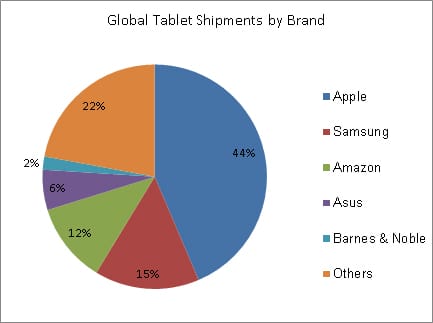 Tablet Sales by Operating System
When we look at the same data by operating system, we again see a similar Android trend emerge.  Android accounts for 63% of the tablet market in Q4 2012, according to Futuresource Consulting. Apple iOS take 36% and Windows a small 1.6% share. 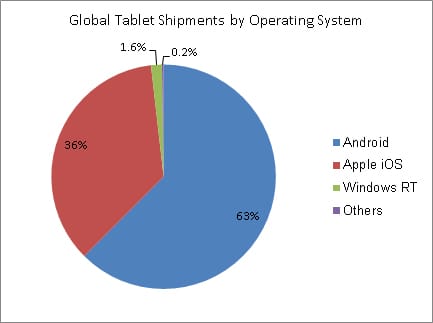 Trends to Watch
New devices set to release from Samsung, like the Galaxy S IV and at least one new iPhone release should play a role in numbers for the coming quarters. As the tablet market continues to heat up and we see more releases from other top manufacturers, it should be interesting to see how the numbers land. Google was rumored to release a cheaper Nexus 7 at just $99. Do you think this would increase or decrease their market share?